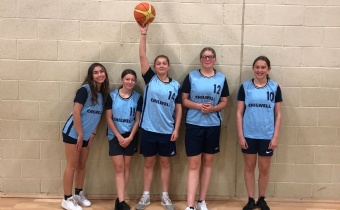 With illness and injury hitting the squad hard, we were forced to play with the bare minimum of five players against some outstanding teams, one featuring an England international!

A great performance by all the girls saw us narrowly lose to George Spencer and pick up convincing victories against Hall Park (B) and Kimberley, eventually finishing third overall.